In March 2015, Top Gear changed forever when Jeremy Clarkson was sacked by the BBC after attacking one of the show’s producers. The consequences following this incident have shaken the whole premise of Top Gear and we, as viewers, are still trying to come to terms with the fallout.

With the launch of The Grand Tour late last year, we wanted to ascertain how viewers felt about the changes we’ve seen Top Gear go through in recent years, and find out if The Grand Tour could ever replace Clarkson-era Top Gear in our hearts. 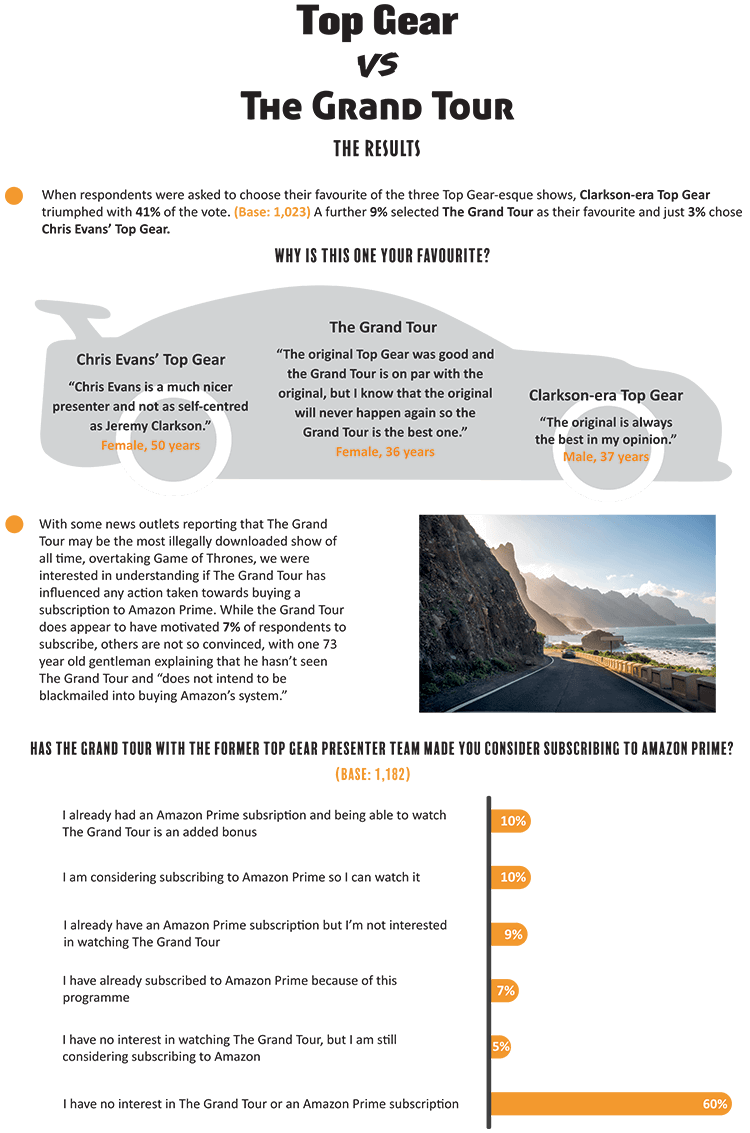 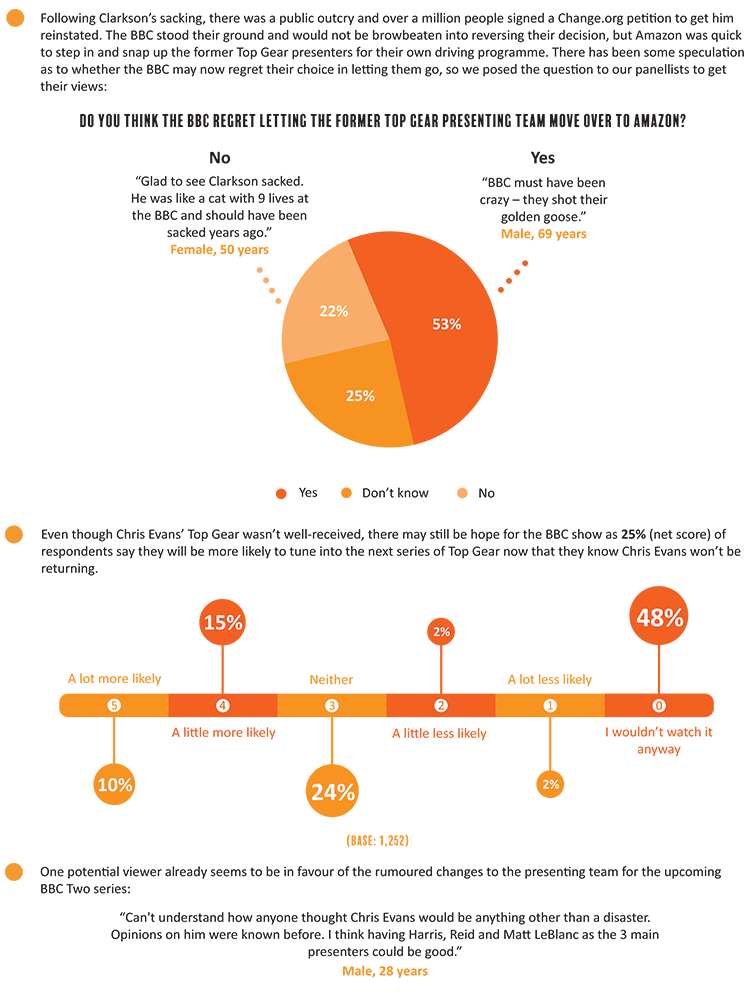