Last week we explored the impact TV can have on lifestyles in general, and the arrival of Sesame Street’s first autistic character, Julia, prompted us to explore this topic in relation to children specifically.

The move by Sesame Street to introduce an autistic character has been viewed by many as a positive step in the right direction, and while we wanted to get a feel for whether the views of our respondents’ echo those voiced in the media, we also wanted to investigate the perceived positive and negative aspects of children watching TV. 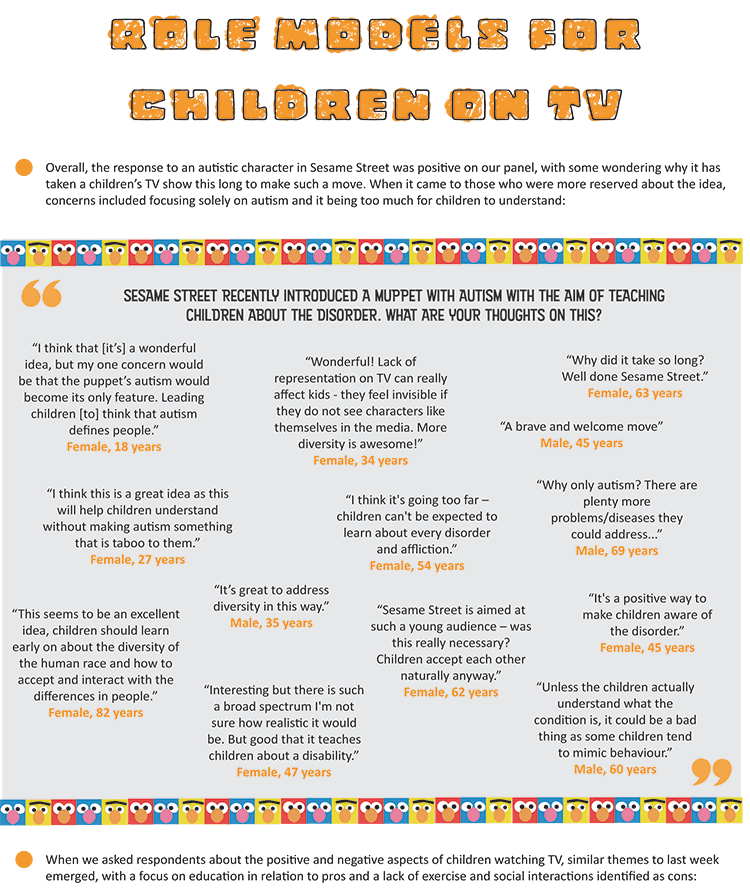 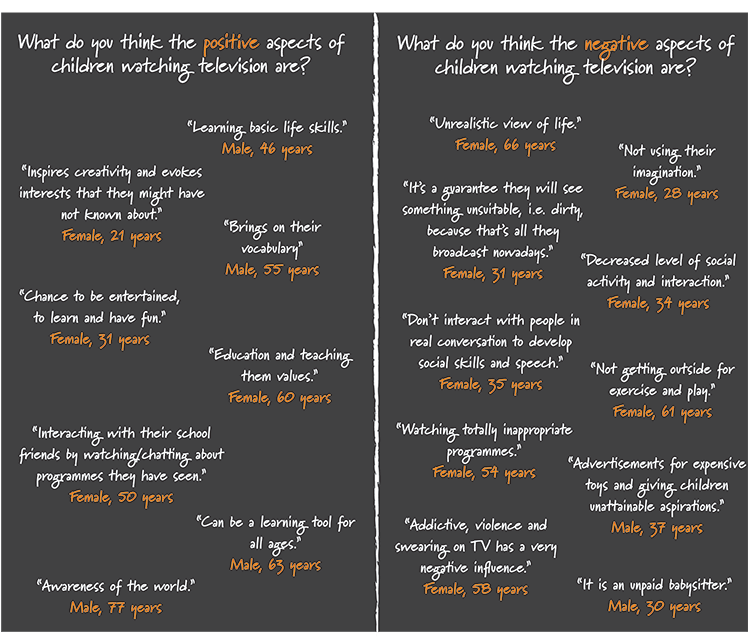