In May 2017, a court in the U.S. ruled that Google had the right to protect its trademark despite many using the word ‘Google’ as a verb to mean ‘searching the internet’. In the past, brands such as aspirin and escalator lost the right for their company name to remain a trademark because the terms were being used generically to cover all brands providing similar products or services.

The court ruling for Google makes it similar to the likes of Coca Cola who have been able to keep their trademark despite the general public using the term ‘Coke’ to cover a number of fizzy drinks. With this in mind, we wanted to get an idea of what our panellists thought on the ruling. 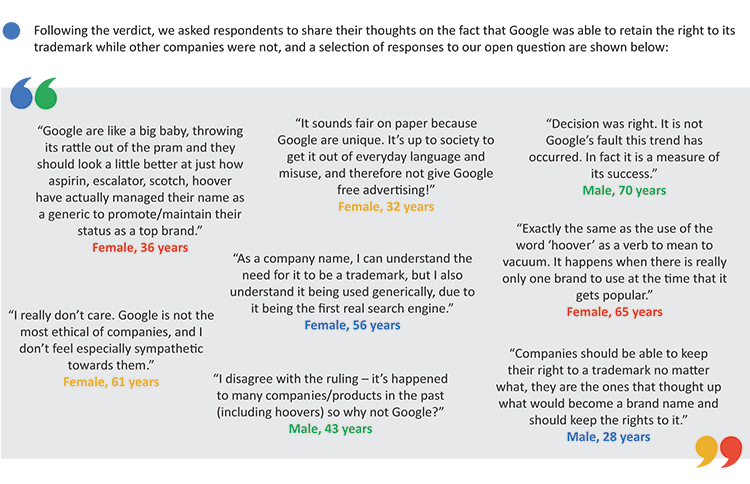 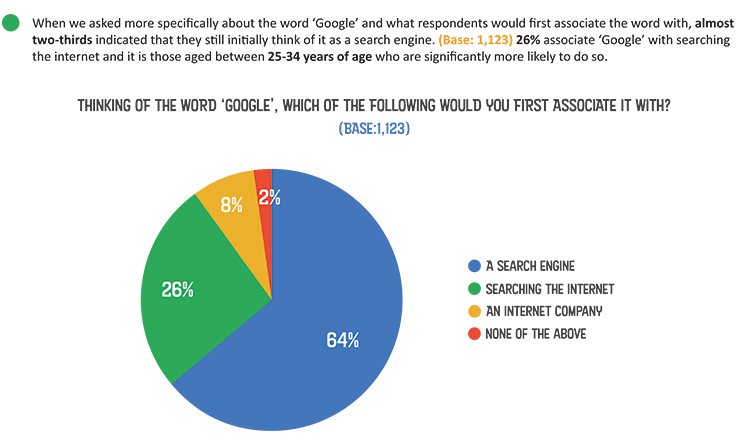 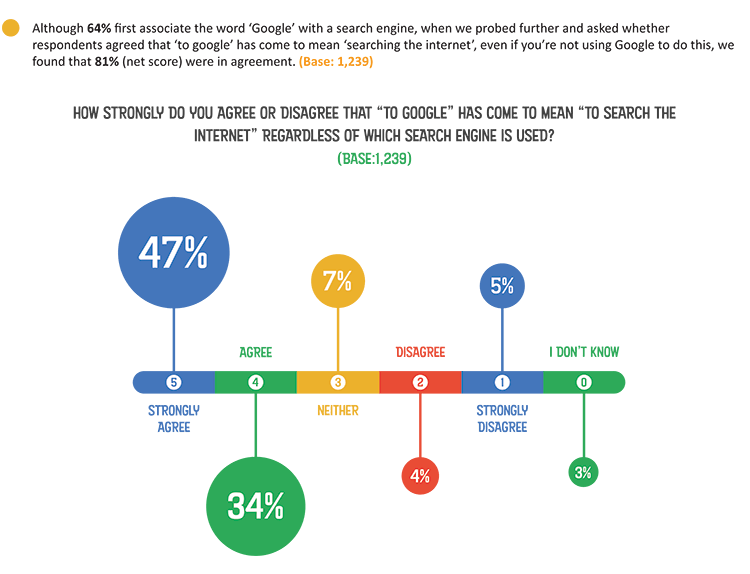 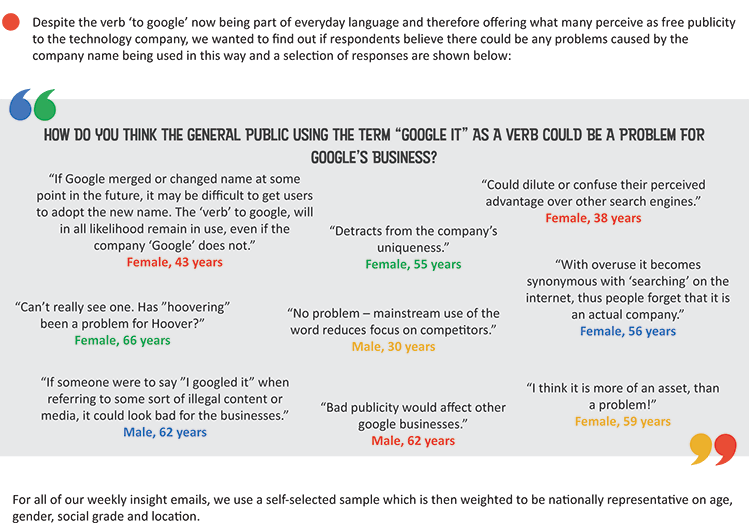