We had to jump on this bandwagon at some point, didn’t we?

Since Trump’s election as U.S. President fake news has hit centre stage, as a modern and potentially dangerous problem with unprecedented consequences. The rise of social media has connected people on a global scale and an individual’s post can go viral at any moment – harmless enough when we’re all laughing at someone’s home video of their cat, but a different kettle of fish when the general public come to believe a news story that isn’t based on fact.

In the era of fake news, we wanted to explore how traditional news outlets, such as printed newspapers and TV, are faring in its wake, and which sources people still trust to accurately depict what’s going on in the world around them. 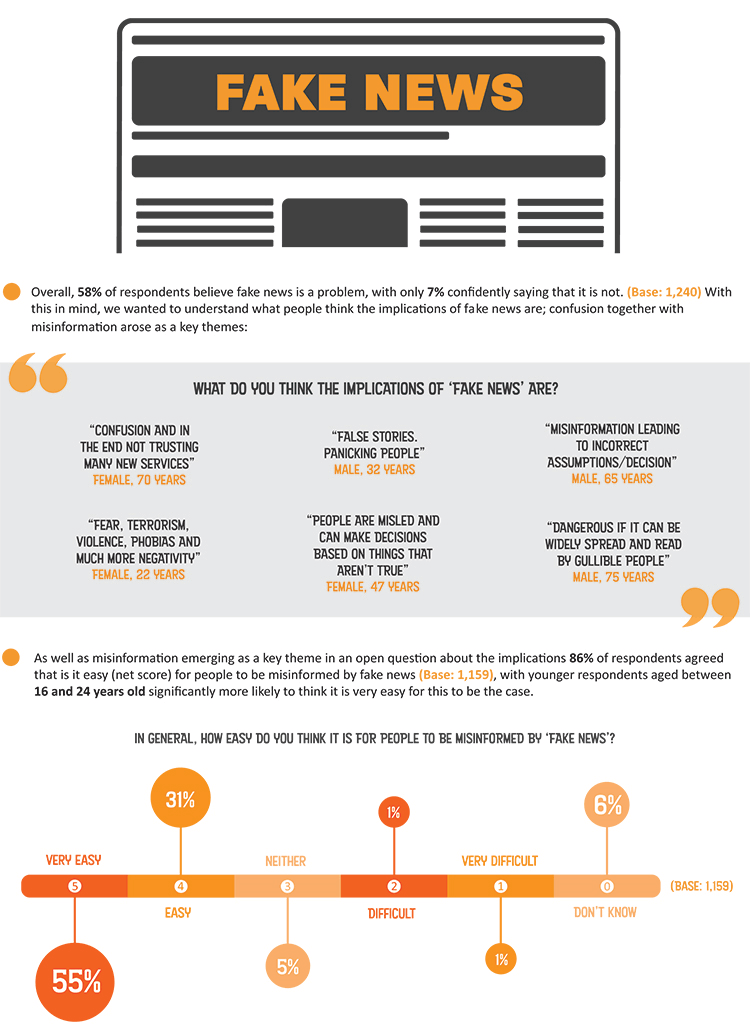 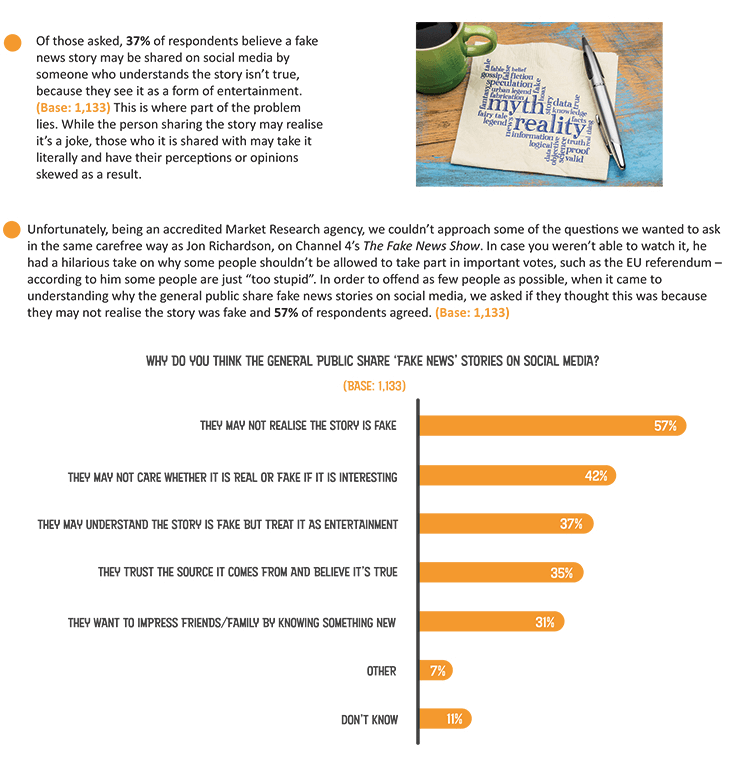 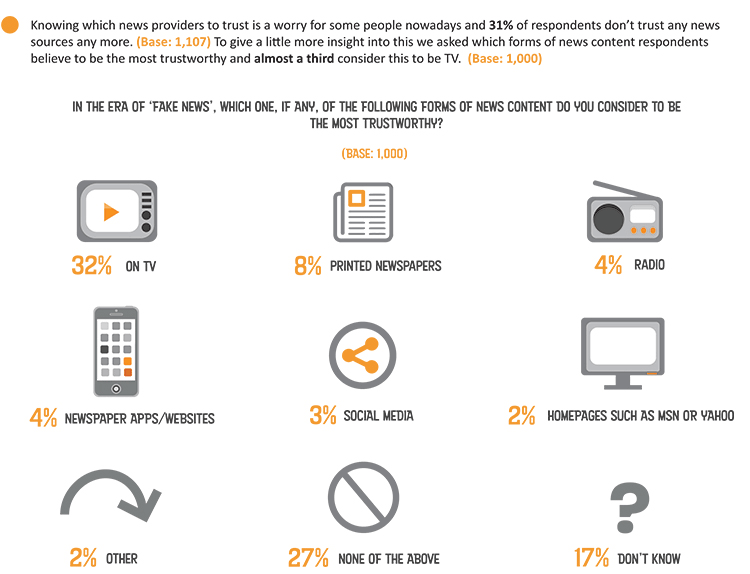