With the death of Tilikum in the news recently, we have all been reminded of the power of factual programmes. Blackfish told a story very few had heard before and its release is widely recognised as being the catalyst for the stark decline in SeaWorld’s visitor figures – showing the viewing population used their newfound knowledge wisely.

Correspondingly, David Attenborough implied in a recent interview that the reason for Planet Earth II’s unparalleled success is closely related to viewers embracing the chance to reconnect with the natural world and deepen their understanding of how the planet is changing. In a time where we’re bombarded with news stories explaining the dangers associated with global warming, Attenborough suggests that the documentary gave viewers a much-needed respite.

The rating figures associated with Planet Earth II are a prime example of the popularity of factual programmes and many believe they are now up there with the likes of entertainment and drama. Based on their improved position, we were interested in finding out what it is that people enjoy about factual programmes. 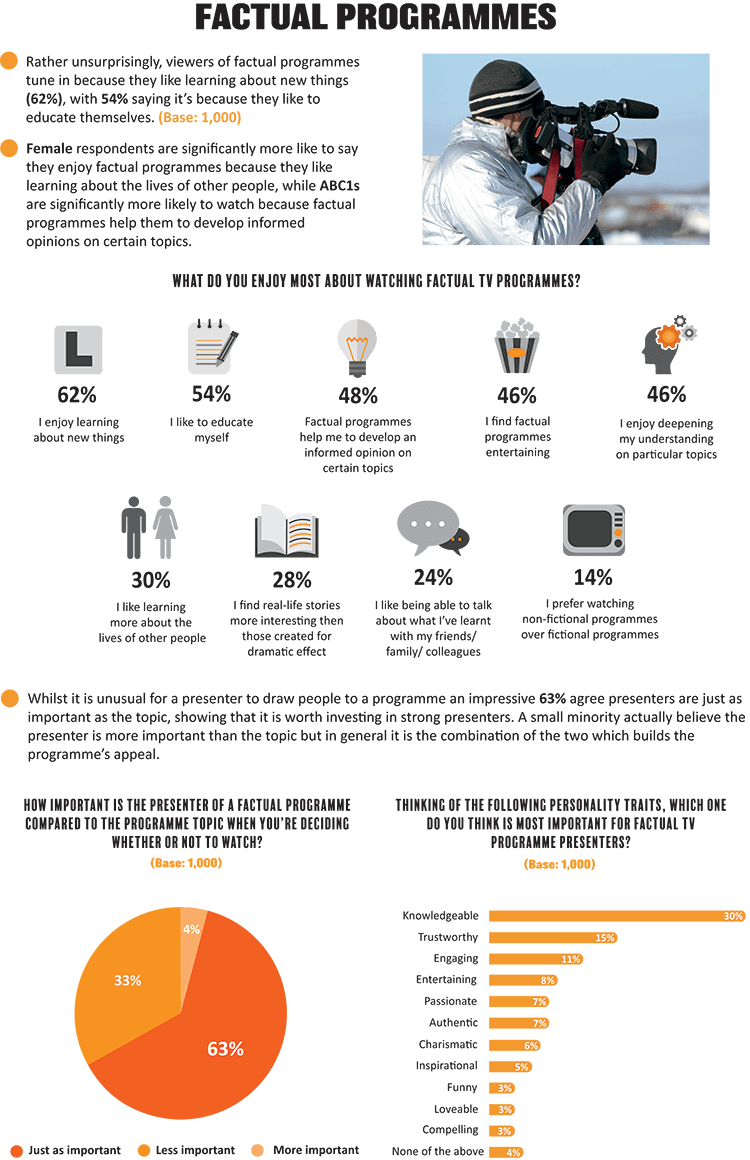 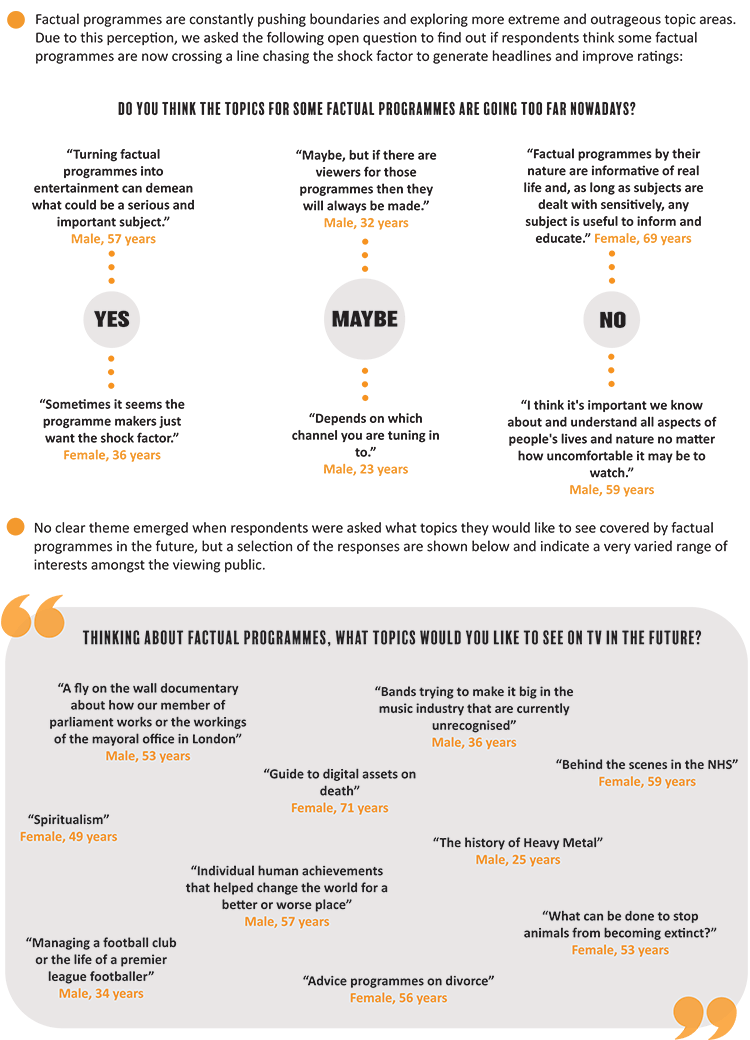