The BBC and ITV have excelled themselves recently, with dramas documenting the events around two shocking crimes in the UK’s recent history. BBC’s Three Girls has been described, by those involved in the case, as ‘a landmark film’, and viewers praised Little Boy Blue’s cast and crew for doing Rhys Jones’s family proud. With this in mind, we wanted to explore viewers’ thoughts on both series and their overall interest levels in dramatisations like these. 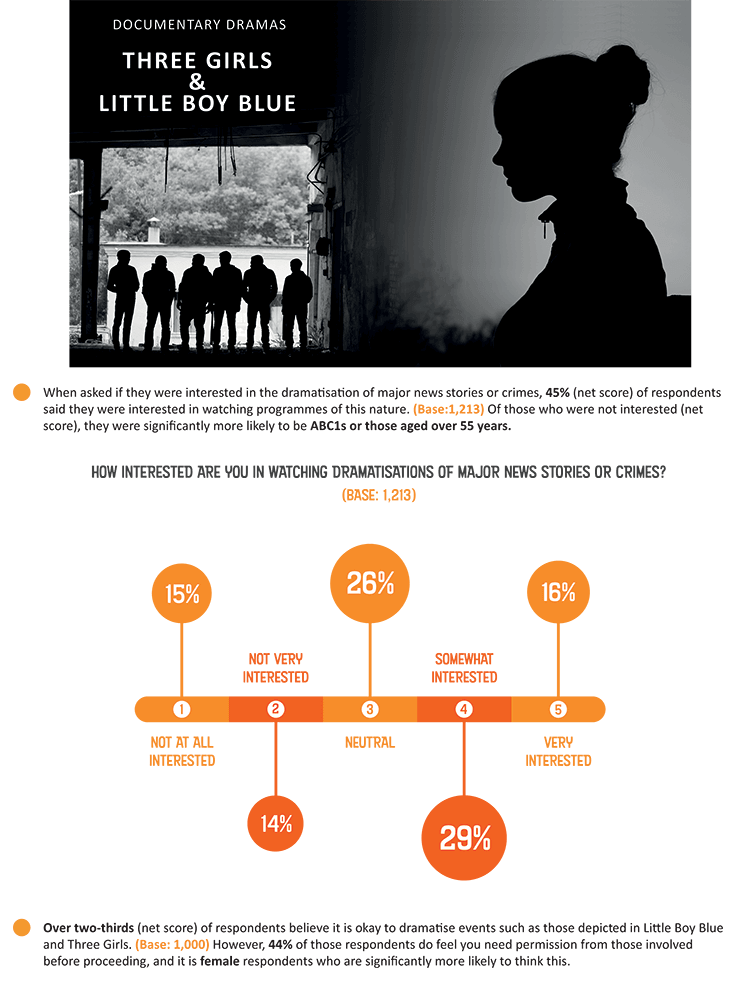 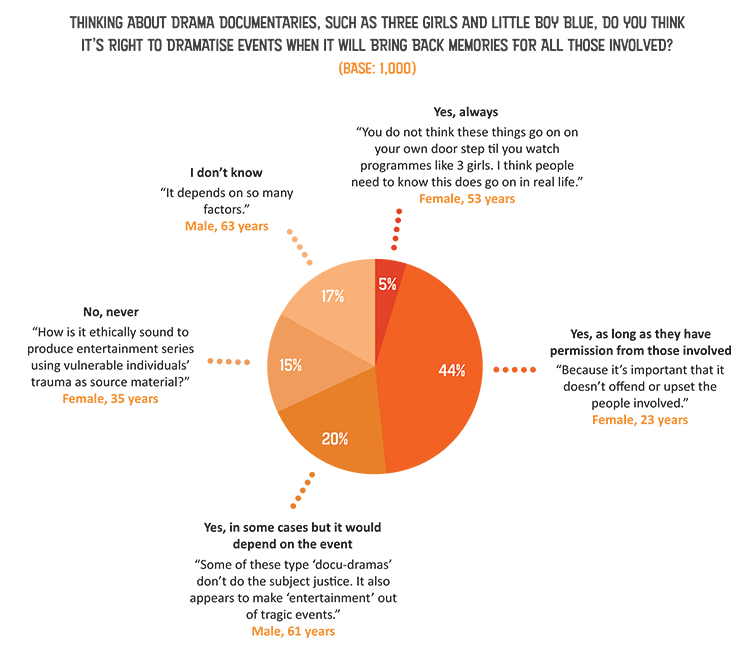 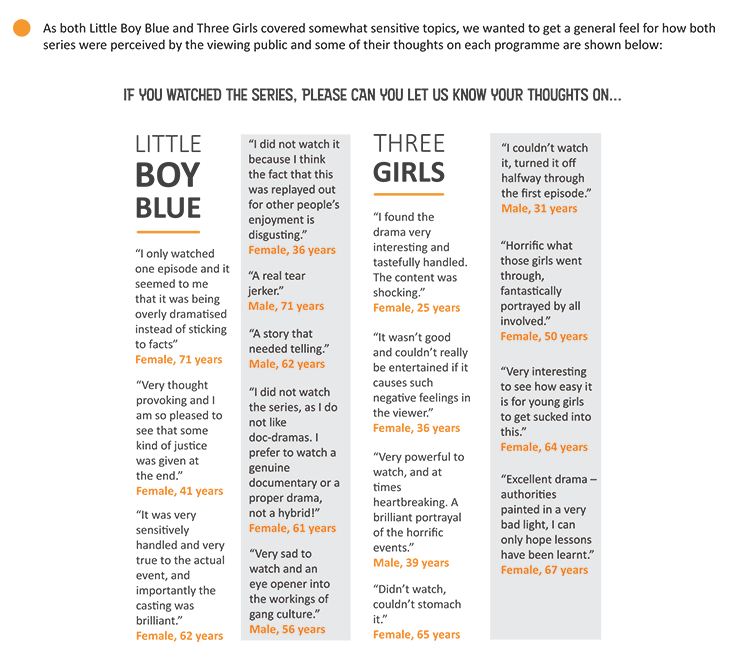