A couple of years ago, Protein World’s advert featuring the slogan ‘Are you beach body ready?’ together with a skinny model caused controversy. Some believed it was harmful because it was promoting an unhealthy body image, but the Advertising Standards Authority later ruled that it was not offensive or socially irresponsible.

Prior to the ruling, the campaign was widely publicised and brought to people’s attention the powerful effect advertising can have on how we see ourselves. With this in mind, we wanted to explore how the general public believe body image is portrayed in the media and if they think the media has a responsibility to make changes. 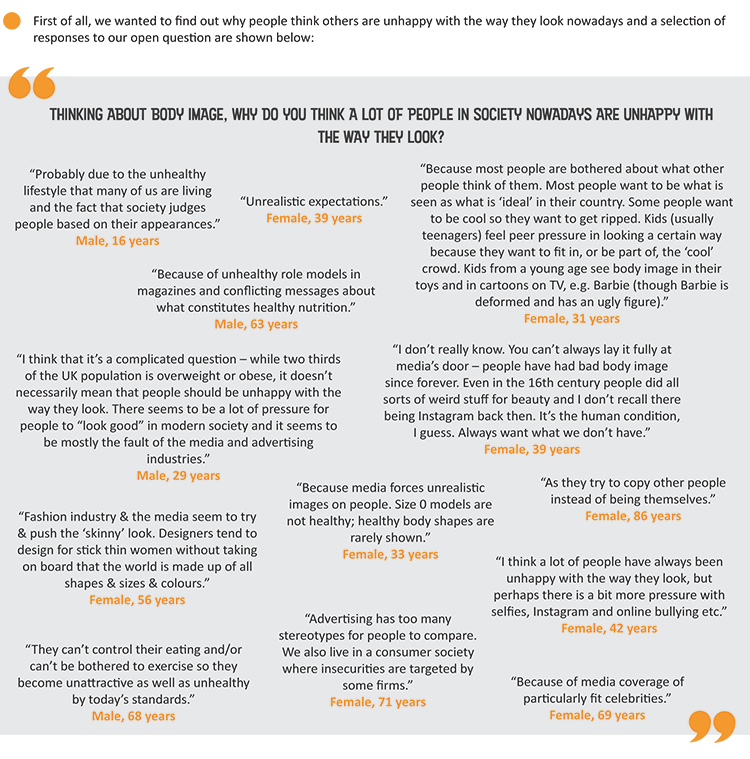 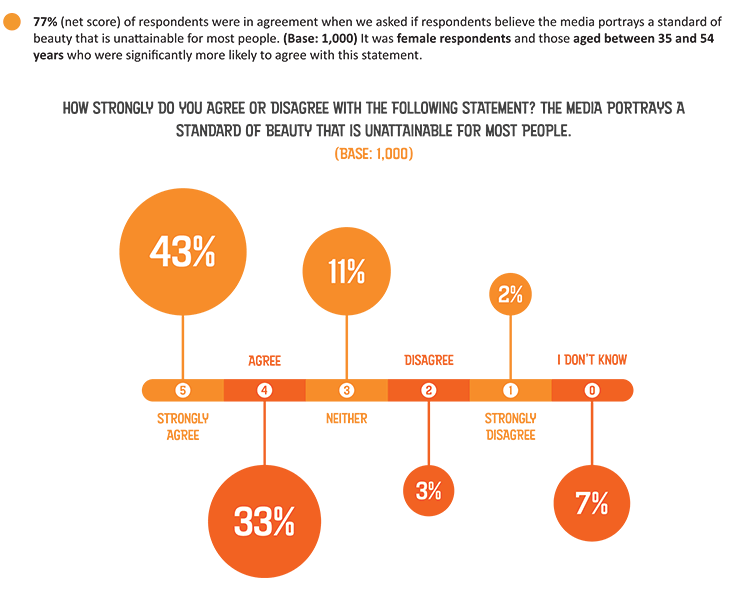 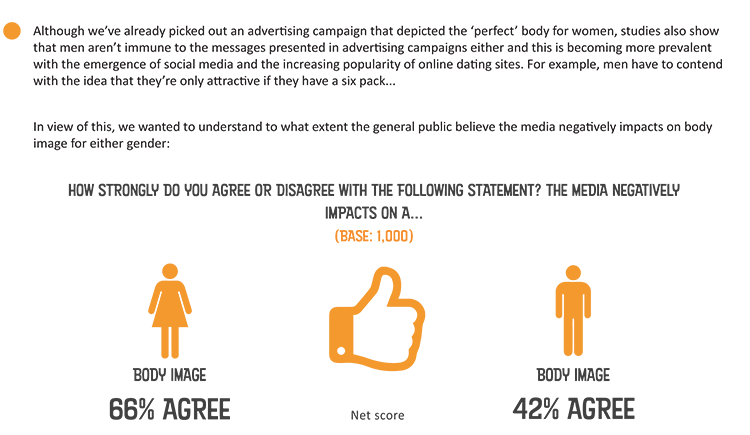 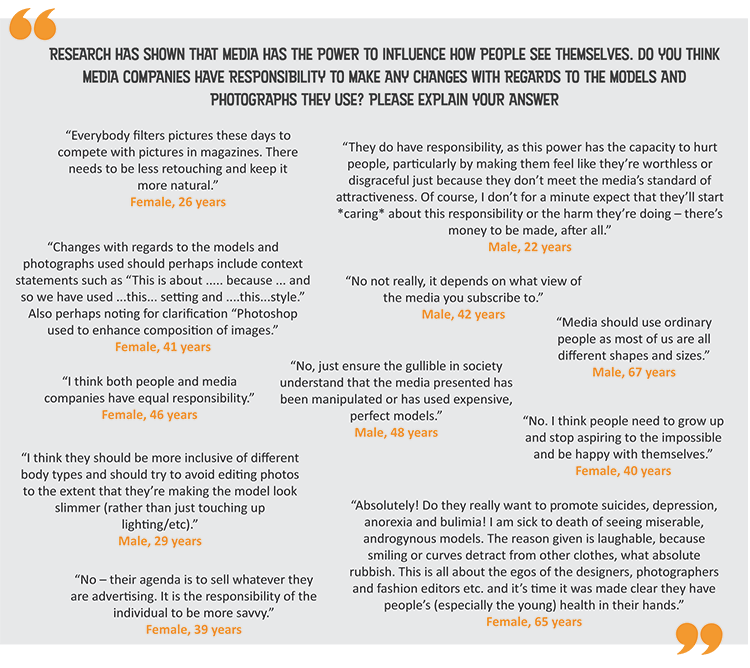 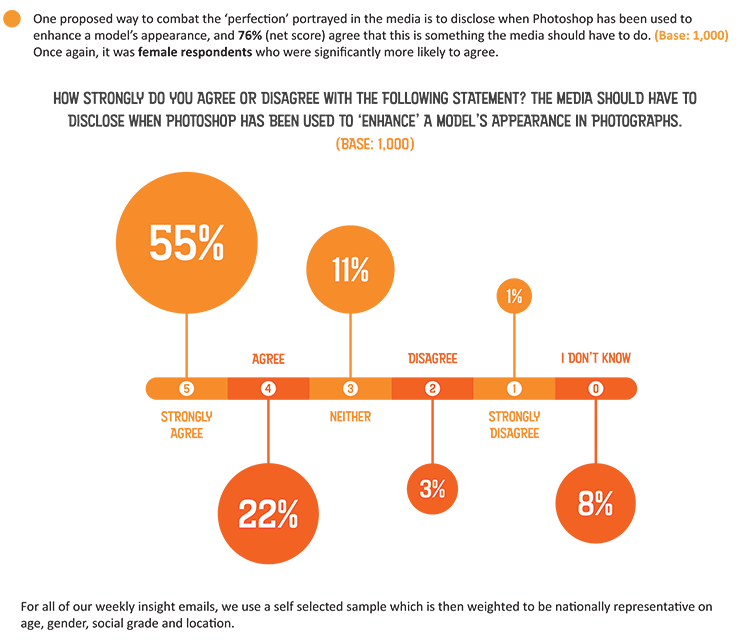