Amazon recently expanded its current Prime offering by adding in the option to paying monthly subscriptions for specific channels. It will give Prime members access to channels such as Eurosport and Discovery.

The rise of paid-for VOD services such as Amazon Prime and Netflix has already presented new competition for the companies offering traditional TV packages such as Sky, Virgin Media and BT. Based on this, we wanted to find out if respondents think this new offering could be something that makes these more traditional TV services nervous about their position in the marketplace going forward. 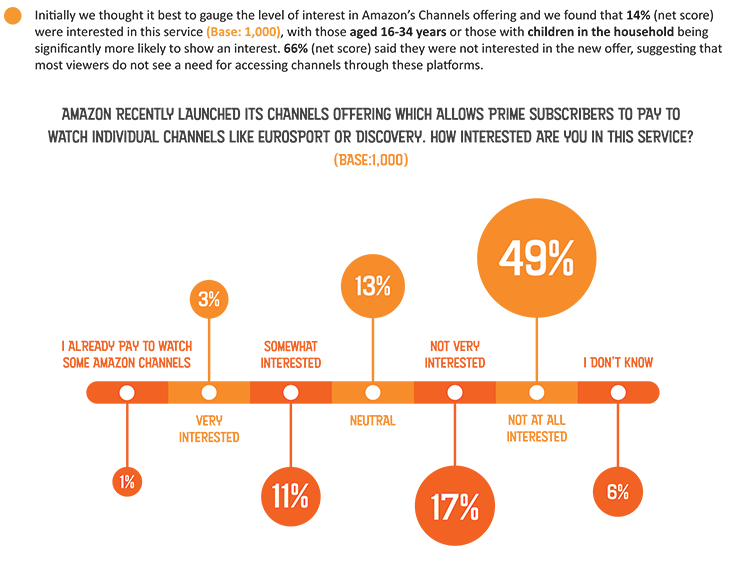 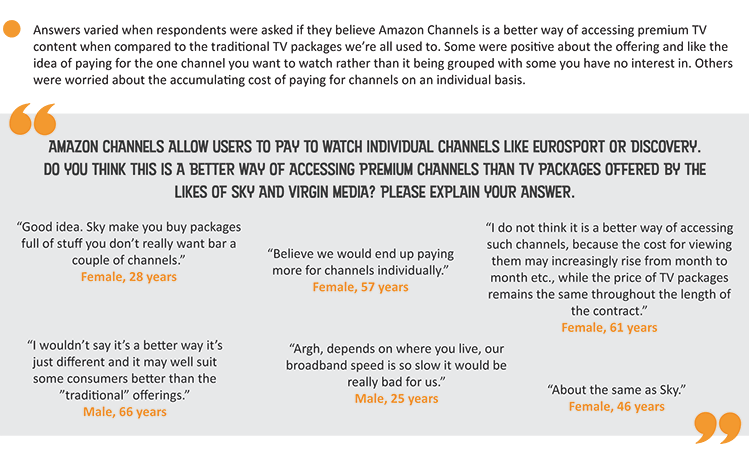 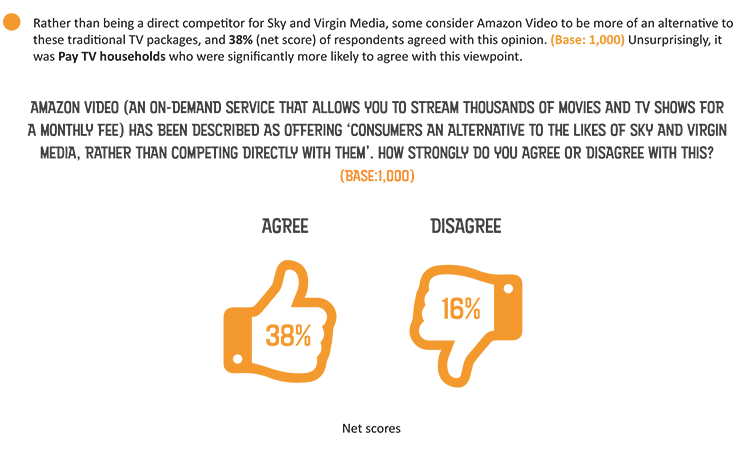 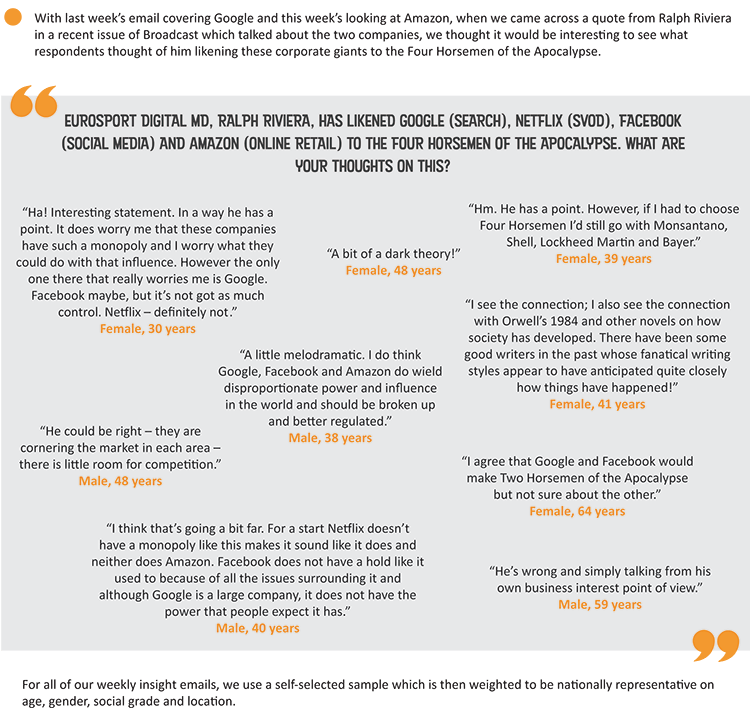